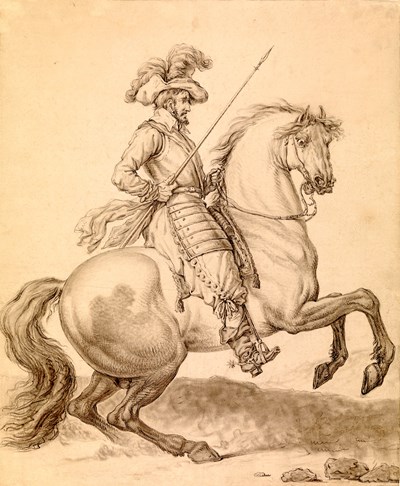 
An attribution to François-Joseph (Francesco) Casanova (1727-1802) has been suggested. A similar subject appears in Casanova's painting of a Polish Cavalier, recently on the art market in Paris.

Provenance:
Lady Witt, London (according to an inscription on the back of the old mount)
Anonymous sale, London, Sotheby’s, 14 December 1992, lot 131
P. & D. Colnaghi, London, in 1995
Private collection, Middlesex
Thence by descent.