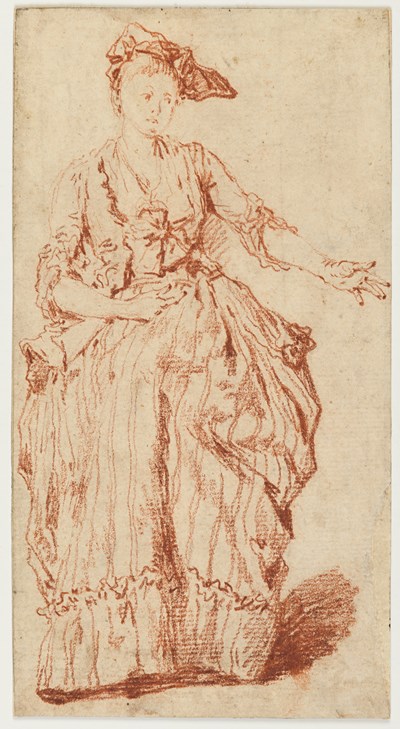 A Standing Woman with her Left Arm Outstretched


Mary Tavener Holmes has recently confirmed the attribution of this drawing to Lancret, and has suggested that it is an early work, datable to c.1721-1722, when the artist was still most under the influence of Watteau as a draughtsman. She likens the present sheet in particular to such red chalk drawings by Lancret of the early 1720s as a study of a seated woman in the Musée des Beaux-Arts in Lille and three drawings of standing or seated women in the Rothschild Collection at Waddesdon Manor in Aylesbury, Buckinghamshire. Another red chalk drawing in Lille, of a seated woman, is also stylistically comparable.

A Standing Woman with her Left Arm Outstretched