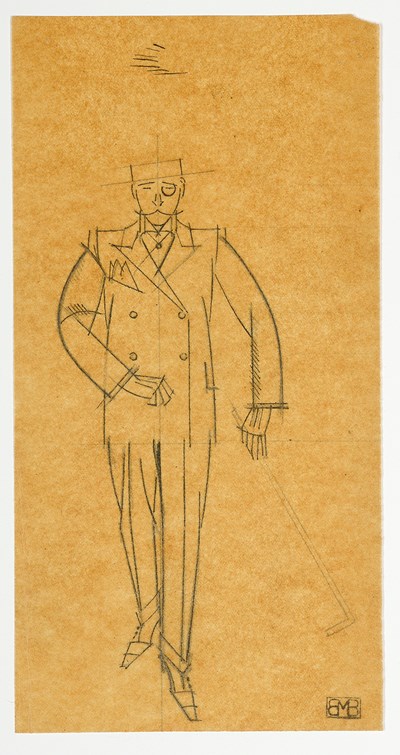 A Walking Man in a Suit, with a Cane


A study for an illustration accompanying an article entitled ‘La Belle Canne’, written by Eugène Marsan and published in the December 1920 issue of the Gazette du Bon Ton. The drawing appears at the end of the article, which discusses the proper use of the cane, and notes that if one is over twenty-five years of age, and wishes to have an air of assurance or authority, one needs to have a beautiful cane. Only one in rush, bamboo or rattan will do, however, and while some canes will be curved so to put them on your arm, under no circumstances should one swing a cane by the smaller end, which only a half-wit would do.

A Walking Man in a Suit, with a Cane