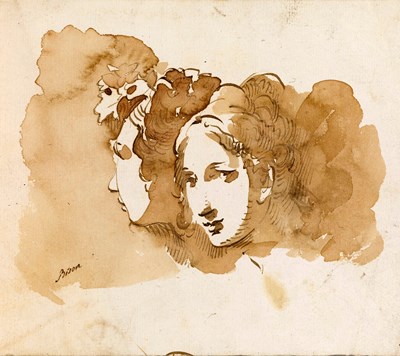 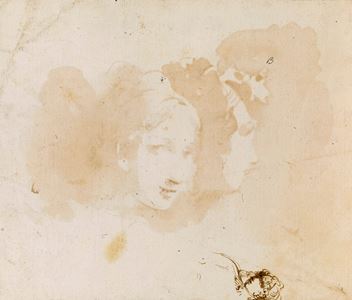 
Similar studies of heads appear throughout Bison’s oeuvre. Among stylistically comparable pen and wash drawings is a study of The Holy Family which appeared at auction in London in 1975, or a drawing of the heads of three women, sold at auction in Rome in 1989.The verso of this drawing is also shown.