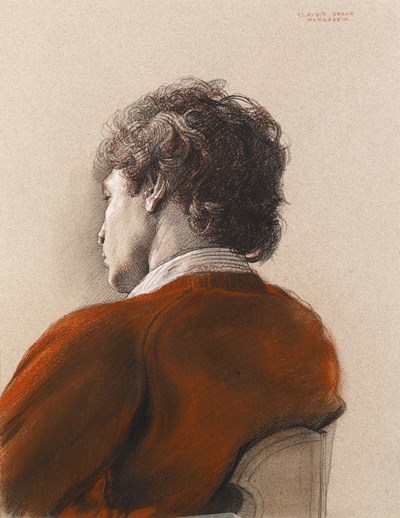 A Seated Man Seen from Behind Sold


The artist’s close friend Mario Vargas Llosa has written that ‘As Claudio Bravo always paints live models, in his house in Tangier it is not in the least surprising to come across the faces who posed for his christs, martyrs and anchorites, his madonnas and diviners, his bird charmers, dancers and musicians, his characters from mythology…They are in the kitchens, they are the family of the caretaker, the gardeners, the cleaning ladies, the man who looks after the pigeons.’Drawn in 1983, the present sheet may be compared stylistically with another portrait, in colored pencils, of the same year, or a large-scale head of a man, drawn in black and red chalk, executed two years later.

A Seated Man Seen from Behind