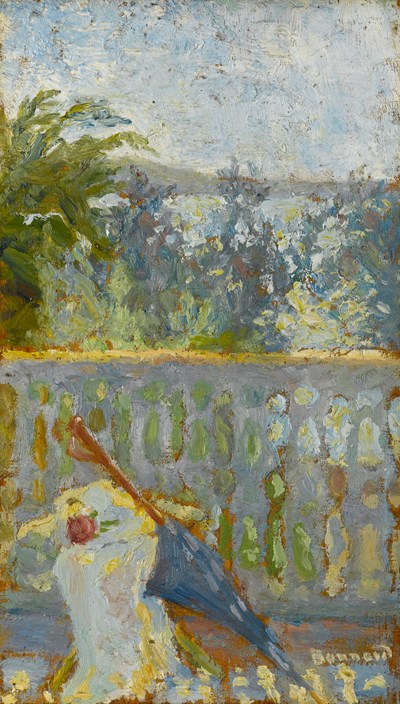 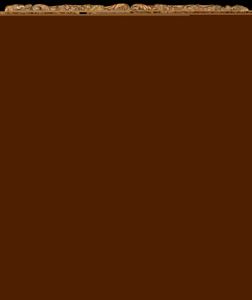 An Umbrella on a Balcony Sold


This oil sketch, which would appear to depict a Mediterranean landscape, has been dated to c.1904. That year Pierre Bonnard made his first visit to the South of France. Together with Edouard Vuillard, he visited their fellow Nabis Ker-Xavier Roussel in Saint-Tropez, and also met Louis Valtat and Paul Signac. Captivated by the light and vegetation of the Midi, Bonnard returned to Saint-Tropez for a longer stay in the summer of 1909 as the guest of Henri Manguin. From then on he was to spend a large part of his career in the South, painting yearly on the Côte d’Azur; in Saint-Tropez, Antibes, Grasse and at Le Cannet, in the hills above Cannes, where he purchased a villa in 1925.This small, charming composition is typical of Bonnard’s approach to painting after the turn of the century, when the artists of the Nabis group had begun to go their separate ways. Rejecting the radical approach to colour and method advocated by the Fauve and Cubist artists who made up the Parisian avant-garde in the early 20th century, Bonnard began to paint landscapes and interiors in what was ostensibly a more Impressionist manner. As has been noted of the artist, ‘Bonnard has often been classed as some kind of belated Impressionist. Certainly between 1900 and 1914 he came to adopt many of the hallmarks – the white ground, the broken and visible brush mark, and even the open-air subject matter – which had characterized Impressionism in its heyday...For Bonnard, Impressionism was a new starting point: ‘When my friends and I decided to pick up the research of the Impressionists, and attempt to take it further, we wanted to outshine them in their naturalistic impressions of colour. Art is not Nature. We were stricter in composition. There was a lot more to be got out of colour as a means of expression.’’This painting is accompanied by a certificate from Guy-Patrice and Michel Dauberville, which notes that it is included in the Bonnard archives at the Galerie Bernheim-Jeune in Paris.

An Umbrella on a Balcony