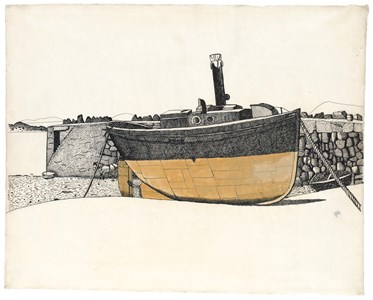 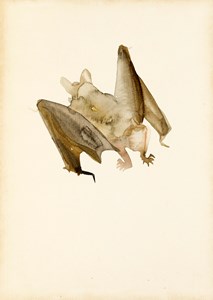 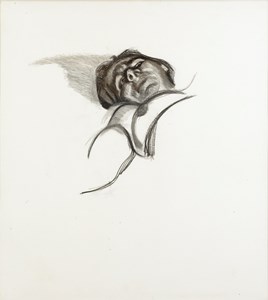 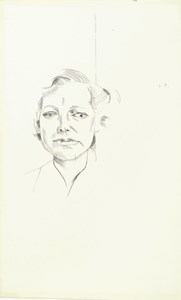 The early years of Lucian Freud’s career were largely devoted to drawing, and the practice would remain a vital part of the artist’s development throughout the 1940’s and early 1950’s. As Freud himself recalled, many years later, ‘I would have thought I did 200 drawings to every painting in those early days. I very much prided myself on my drawing. My work was in a sense very linear.’ The 1940’s in particular were a period of sustained activity in drawing, with the artist creating an important series of self-contained works in charcoal, ink, watercolour, coloured crayons, pencil and chalk. As Lawrence Gowing has noted, ‘Freud’s drawings in 1943 and 1944 have already a quality of resolved classical line, with the minimum of inflexions to make legible its formal message, which is otherwise the property of only the very best painters of twenty years before...Style and capacity developed rapidly in these drawings...’ William Feaver further comments that ‘By the mid-1940’s, Freud’s drawings had an extraordinary allure. In charcoal, conté and chalk on Ingres paper he caught every texture from bamboo to corduroy...’Freud had his first solo exhibition at the Lefevre Gallery in London in the winter of 1944, followed by a second show in early 1946, and in both exhibitions a number of drawings were shown. Writing of the artist’s drawings of this period, Robert Hughes noted of Freud that ‘there is no doubt that part of his reputation as a boy prodigy in London art circles in the war years rested on his single-minded commitment to linear description rather than painterly evocation…The precocity of the early work, some of which...reveals a degree of control extraordinary in an artist of 21, lies in the fierce independence of its delineation.’ However, by the middle of the 1950’s the artist had abandoned drawing altogether, fearing that the predominantly linear, graphic quality of his paintings was impeding his brushwork. Since then he produced drawings relatively infrequently, and certainly without the sustained productivity of the 1940’s and early 1950’s. The medium of etching, in many respects, took the place of drawing as his preferred graphic medium.