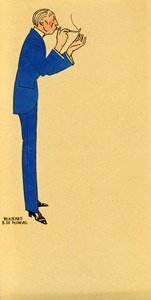 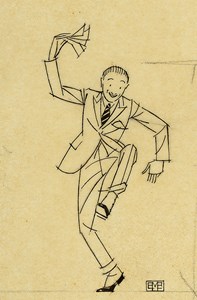 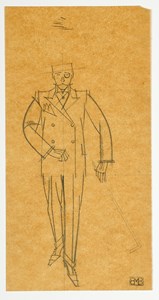 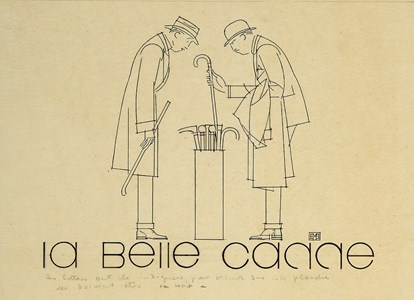 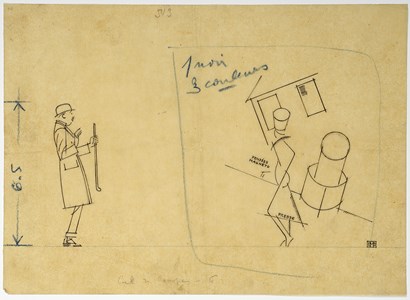 The son of the artist and illustrator Maurice Boutet de Monvel, Bernard Boutet de Monvel is regarded as one of the finest painters, printmakers and illustrators of the Art Deco era. He began to study painting in 1897, with the artist Luc-Olivier Merson, and also received instruction in sculpture with Jean-Auguste Dampt and colour etching with Louis Potter. Beginning in the late 1890s, when he was still a teenager, Boutet de Monvel’s remarkable colour etchings first established the young artist’s reputation. Published in large editions and exhibited in galleries and museums in Paris, London and America, these colour prints account for a significant part of the artist’s output in the years leading up to the First World War.Boutet de Monvel exhibited his first decorative painting at the Salon d’Automne in 1905. In 1919 he became a member of the Compagnie des Arts Français, established by the decorator André Mare and the architect Louis Süe, whom Boutet de Monvel later commissioned to renovate his Parisian home. In the 1920s he received numerous commissions for paintings and wall panels to decorate the homes of such clients as the couturier Jean Patou, Jane Renouardt and Mme. Jacques Edeline. A large and comprehensive exhibition of Boutet de Monvel’s work as a décorateur - amounting to over one hundred and fifty paintings and decorative panels - was mounted at the Anderson Galleries in New York in 1926. In the late 1920s he received several commissions for decorative panels for the country homes of wealthy patrons in Long Island and New Jersey, as well as completing a large allegorical painting of Abundance Feeding the Children of America for the State Bank in Chicago. He soon counted among his patrons members of the Vanderbilt, Whitney, Frick and Mellon families, as well as the Maharajah of Indore.Although he is perhaps best known as a painter of decorative panels and portraits, as well as urban views, Boutet de Monvel also produced book and fashion illustrations for such magazines as the Gazette du Bon Ton, La Vie Parisienne, Fémina, Le Journal des Dames et de Modes (Costumes parisiennes) and Le Rire. He provided drawings for Harper’s Bazaar in the 1920s and 1930s, and contributed illustrations to the first French edition of Vogue, published in June 1920, for which he continued to illustrate the latest fashions. Boutet de Monvel was himself a well-known dandy, known for his innate style and elegant dress sense. A frequent exhibitor at the Salons in Paris, showing portraits, landscapes and nudes, Boutet de Monvel died in a plane crash near the Azores in 1949. Works by Boutet de Monvel are today in the collections of the Musée des Arts Décoratifs, the Bibliothèque Nationale and the Musée National d’Art Moderne in Paris, as well as the Metropolitan Museum of Art in New York.As the scholar Stéphane-Jacques Addade has recently written, ‘the foundation of Boutet de Monvel’s talent, its hidden structure, remained first and foremost the solidity of his drawing, powerfully structured, firmly modeled, distinguished, sublime, and founded on converging lines that were forceful and stripped of all superfluous detail and functionless features.’ Such characteristics of his draughtsmanship had already been noted in the artist’s lifetime. As Paule de Gironde noted, in an article published in 1927, ‘Bernard Boutet de Monvel is, when we look at his drawings, an architect and a sculptor, a lover of line, of form and of the harmonious balance between them.’