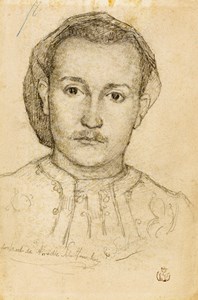 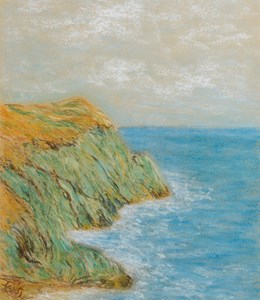 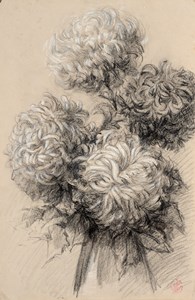 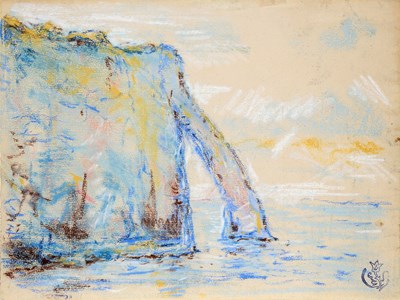 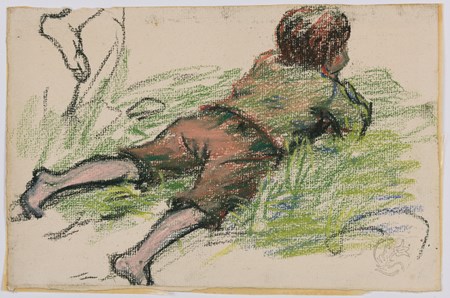 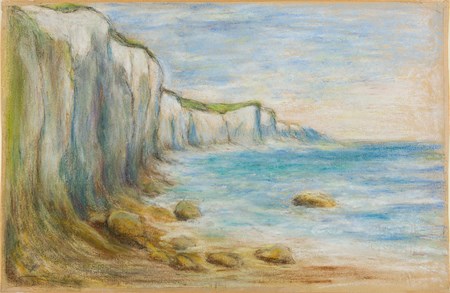 Born in the Franche-Comté, Émile Schuffenecker studied with Paul Baudry in Paris in 1870, and later met Paul Gauguin when both worked at the stock brokerage firm of Bertin. He remained close friends with Gauguin throughout his life, and an extensive correspondence between the two artists survives. The stock market crash of 1882 led Schuffenecker to abandon his career as a stockbroker, and to support himself as an art teacher; a career he maintained, alongside his work as an artist, until 1914. In 1884 Schuffenecker was one of the founders of the Société des Artistes Indépendants and, along with Albert Dubois-Pillet and Odilon Redon, signed the statutes of the organization. Among the artists exhibiting at the inaugural Salon des Indépendants was Georges Seurat, whose work greatly impressed Schuffenecker. Two years later, Seurat’s painting of A Sunday Afternoon on the Grande Jatte was exhibited at the Salon des Indépendants to immense popular interest and critical attention, alongside works by Paul Signac, Henri-Edmond Cross and other Neo-Impressionists. Schuffenecker, who himself briefly painted in a pointilliste manner, was invited to take part in the eighth and final Impressionist exhibition in 1886. He began to sell his paintings around 1888, after Theo Van Gogh held an exhibition of his work, alongside that of Gauguin and Federico Zandomeneghi, at the Boussod & Valadon gallery in Paris. The following year Schuffenecker organized an exhibition at the Café Volpini of paintings by the Groupe Impressioniste et Synthésiste, including works by himself, Gauguin, Emile Bernard, Louis Anquetin and others. The only solo exhibition of Schuffenecker’s work to be held in his lifetime took place in 1896 at the Librarie de l’Art Indépendant in Paris, and included seventeen paintings, twenty-one pastels and three drawings. Although by no means wealthy, Schuffenecker was able to support the careers of Gauguin, Emile Bernard and other artists, whose works he purchased. In time he came to own a large number of works by Gauguin, as well paintings by Cezanne and Van Gogh and drawings by Odilon Redon and Charles Filiger, although he was forced to sell his collection following his divorce in 1903. As an artist, Schuffenecker remains relatively little known today in comparison to Gauguin and some of his contemporaries, and only a handful of exhibitions have been devoted to him outside of France. Indeed, he remained relatively obscure even in his lifetime, once describing himself as a man who, ‘placed in the margin, made himself at home there, without bitterness, without desire.’