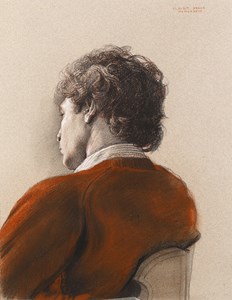 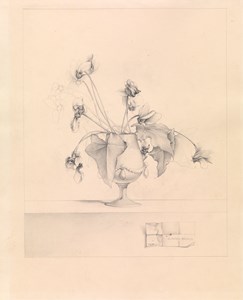 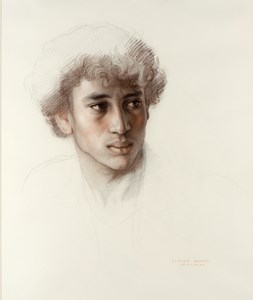 Born in Valparaiso in Chile, Claudio Bravo received a Jesuit education in Santiago and there took art classes in the studio of the painter Miguel Venegas Cienfuentes, eventually deciding to become an artist himself. He had his first exhibition at the age of seventeen, and was soon much in demand as a portrait painter. In 1961, after several years living and working in Santiago and Concepción, Bravo left Chile for Europe. Settling in Madrid, he established a very successful career as a painter and society portraitist. In 1968 he spent six months working in the Philippines, and in 1970 had his first solo exhibition in New York. In 1972 he abandoned his busy life in Madrid for a large house and studio in Tangier in Morocco, where he began to focus on still life and landscape painting. Dividing his year between his studio in Tangier and another in Marrakech, as well as one in the far south of Chile, Bravo enjoyed a successful career until the end of his life. As one scholar noted, at the time of an exhibition of his work which toured four American museums in 1987 and 1988, ‘Claudio Bravo is one of the most significant artists working in a realist mode today. A painter and draftsman with a singularly fertile imagination, Bravo draws upon a myriad of sources in the art of the past and present, combining them in a uniquely personal manner.’ In 1994 a large exhibition of Bravo's paintings was mounted at the Museo Nacional de Bellas Artes in Santiago, Chile. Works by Claudio Bravo are in the collections of the Baltimore Museum of Art, the Ludwig Museum in Cologne, the Metropolitan Museum of Art and the Museum of Modern Art in New York, the Philadelphia Museum of Art, the Princeton University Art Museum, the Museum Boijmans-van Beuningen in Rotterdam, the Museo Nacional de Bellas Artes in Santiago and elsewhere.Long recognized as a superb draughtsman, Bravo was a master of pencil, coloured chalks and pastel, which he applied with precision and delicacy.