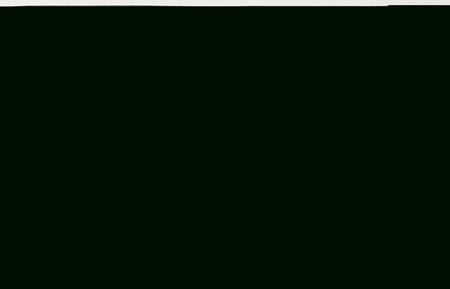 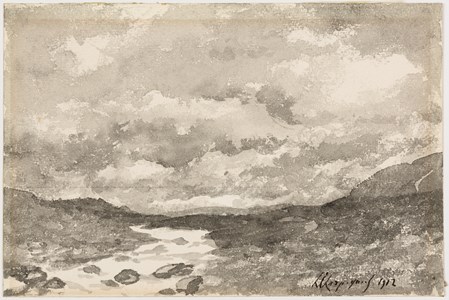 Henri-Joseph Harpignies began drawing at the age of four or five, according to an unpublished autobiographical manuscript. He came to realize his vocation as an artist at a relatively late age, however, and it was not until 1848, when he was in his late twenties, that he decided to abandon a career as a travelling salesman and begin training as an artist in the studio of the landscape painter Jean-Alexis Achard. Harpignies made his Salon debut in 1853, exhibiting views of Capri and Valenciennes, and he continued to show regularly at the Salons throughout his very long and productive career, until 1912. His luminous landscape paintings, depicting both rural and urban views, were inspired by his first meetings with Camille Corot in the early 1850’s. (Indeed Corot, whom Harpignies idolized, purchased two of the young artist’s watercolours in order to encourage him in his work.) In 1863 three of his entries to the Salon were rejected, and were instead shown at the Salon des Refusés. The same year he made his second visit to Italy, living in Rome and Capri and remaining there until 1865; this sojourn was also to have a significant effect on his later work. From 1883 onwards began to sell his work through the art dealers Arnold & Tripp, from whom he also received commissions which earned the artist some 70,000 francs per year, on average. This arrangement afforded the artist a level of financial security, and led to an increase in his output.Harpignies developed a particular speciality of landscape drawings in watercolour, a medium he mastered early on. Watercolour drawings accounts for many of the artist’s finest works, and were the basis of his reputation, particularly outside France. (As a contemporary English critic, writing in 1905, noted, ‘one ventures to prophesy that the day will come, if it has not already arrived, when the water-colours of M. Harpignies will be prized even more dearly than his paintings in oils. As an aquarellist M. Harpignies is practically without a living rival in his own country...’). Harpignies exhibited his first watercolour landscapes at the Salon of 1864, where they were praised by the critic Théophile Thoré, and in later years exhibited at both the Société des Aquarellistes Français in Paris and the British Watercolour Society in London. The freshness and luminosity of his watercolours soon gained him a wide audience, and led to his taking on a number of private pupils. Harpignies’ reputation as a watercolourist spread to England, and he was invited by Whistler to exhibit at the Royal Institute in London, From the early 1900’s onwards, he began to substitute charcoal for watercolour, and his drawings take on a silvery-grey tonality that is perhaps indicative of his failing eyesight. Nevertheless, Harpignies maintained an emphasis on a distinctive manner of tonal landscape, inspired by Corot, in the paintings and drawings that he produced well into the early years of the 20th century. Despite his increasing fame and success, Harpignies seems to have remained at heart a man of simple tastes, committed to his art. As Agnes Mongan has written, ‘Clearly, his happiness was in recording, whether in drawings, watercolor, or paint, the landscapes he saw around him…his ninety-seven years were productive of a large number of landscapes in a variety of media that have delighted and continue to delight those who enjoy their sensitive and particular artistic qualities.’