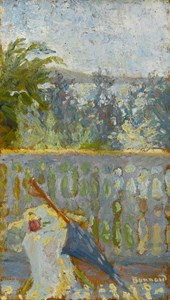 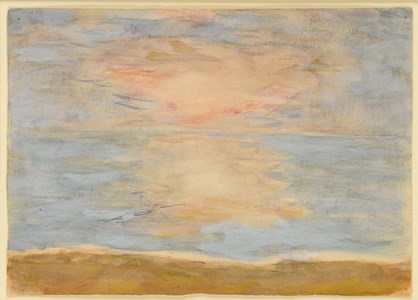 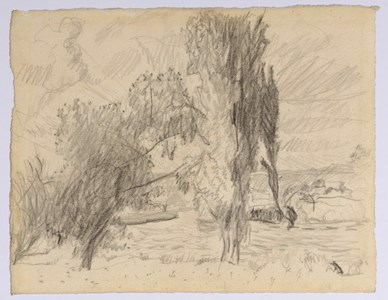 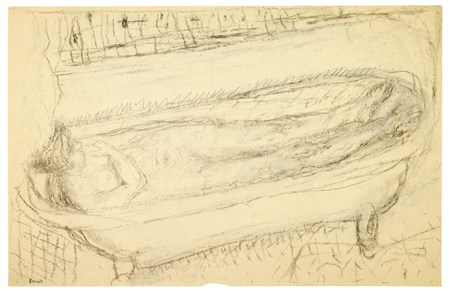 A compulsive draughtsman, Pierre Bonnard relied on his studies and sketches extensively in the preparation of his pictures. Most of his drawings seem to have been made in the process of developing the composition of a painting, and indeed he seems to have preferred to work from drawings rather than relying on direct observation. He made use of whatever paper came to hand, sometimes lined or squared pages of cheap paper or small sketchbooks, and generally of a small enough size to fit into his pocket. He almost always used a hard or soft pencil and only very rarely applied colour to his drawings, relying on the strength and shading of the pencil strokes to suggest tone and colour. In conversation with his nephew Charles Terrasse, Bonnard noted that ‘I am drawing incessantly - after drawing comes the composition which must have a perfect equilibrium, a well constructed picture is the battle half won, the art of composition is so powerful that with only black and white - a pencil, a pen or a lithographic pencil, one arrives at results as complete and of a quality nearly as beautiful as with a whole arsenal of colours.’Bonnard rarely parted with his drawings, which were never intended to be exhibited or, indeed, regarded as independent works of art. Nevertheless, the artist’s work as a draughtsman is crucial to an understanding of his approach to painting. As Jack Flam has written, ‘Bonnard’s drawings are often very small, and as a result they are frequently overlooked in discussions of modern drawing. But their formal variety and sensitivity of touch are remarkable, as is the often fluctuant nature of their imagery. Although many of Bonnard’s drawings seem like shorthand notations of visual information recorded for later use in paintings, they are nonetheless effective as independent entities precisely because of the intensity of perception they incorporate. They also demonstrate an extraordinary sensitivity to the nature of the medium itself, unadorned by elaborate technical procedures.’