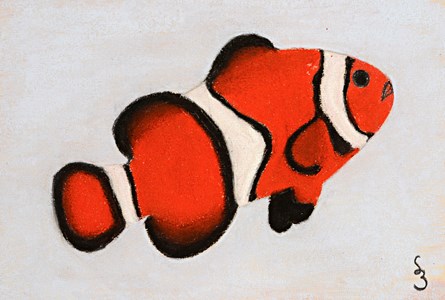 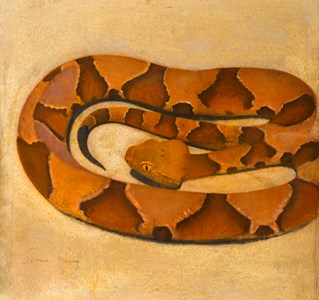 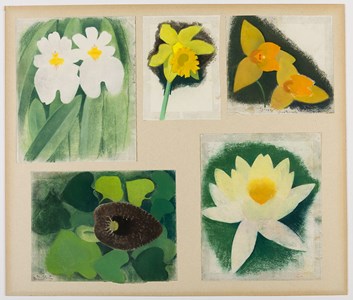 Albert Simon Bussy studied under Gustave Moreau at the École des Beaux-Arts in Paris. He mounted his first exhibitions of pastels at the Galerie Durand-Ruel in 1897 and 1899. Around 1901 Bussy visited London, where he was introduced into local artistic circles and the New English Art Club by his friend, the artist William Rothenstein. (Several years later, in April 1907, Rothenstein wrote a letter to Bussy in which he praised the exhibition of his work held at Leighton House the previous month; ‘It was a real delight to see your work again, and I got more pleasure and emotion from your beautiful pastels than I have had from any pictures of late.’) In 1903 Bussy married Dorothy Strachey, and while on their honeymoon they discovered a small house at Roquebrune, near Monaco, which they soon bought and where they lived for the next three decades. The house, called Le Souco, became a meeting place for English and French artists, writers and intellectuals visiting the area, including Dorothy’s brother Lytton Strachey and her cousin Duncan Grant, as well as Rudyard Kipling, André Gide, Roger Fry, Vanessa Bell, Mark Gertler, Paul Valéry, Virginia Woolf and Bernard Berenson, who came to own several of Bussy’s pastels, as did Gide, Valéry and Jean Schlumberger. Throughout his career, Bussy’s pastels and paintings were exhibited at galleries in London and Paris. Among the most significant of these was an exhibition of forty paintings and sixty-two pastels of animals and birds, held at the Galerie Druet in Paris in 1925. By the Second World War Bussy’s reputation had fallen into a decline in France, although he continued to exhibit at the Leicester Galleries in London. He died in London in 1954, at the age of 88, and the contents of his studio were eventually dispersed at auction at Sotheby’s in 1960. Paintings and pastels by Simon Bussy are today in the collections of the National Portrait Gallery and the Tate in London, the Ashmolean Museum in Oxford, the Musée nationale d’Art Moderne in Paris, the Musée départemental de l’Oise in Beauvais, and elsewhere.From about 1912 onwards, Bussy began to focus on pastel drawings of animals, many of which he studied at the London Zoo. His approach was one of long, close and careful study. As he himself noted of his paintings: ‘Each [work] is an invention, a poetic composition, not only decorative…the animals I paint and the foliage which surrounds them…in my opinion there is no element that has not been the object of patient observation; my numerous studies in pastel, created with the paintings in mind, proves it. My animals, birds and reptiles have nothing trivial; they are actual portraits in which I desire that the resemblance emerges from the incidental with always further clarity, precision and purity.’