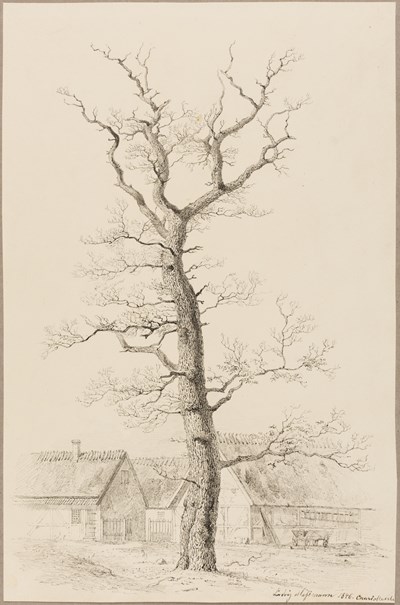 A Tree by a Farm in Charlottenlund, Denmark


A former Royal deer park, the forest of Charlottenlund lies north of Copenhagen on the shores of the Øresund, the sound between Sweden and Denmark. At the heart of the forest is the 18th century Charlottenlund Palace and its gardens; a Royal summer residence until the 1930s.

This drawing bears the drystamp of the 19th century Danish collector Benjamin Wolff (1790-1866).

Provenance:
Benjamin Wolff, Engelholm, Denmark (Lugt 420), with his drystamp at the lower left and lower right, and also on the old mount
Thence by descent until 2018.

A Tree by a Farm in Charlottenlund, Denmark