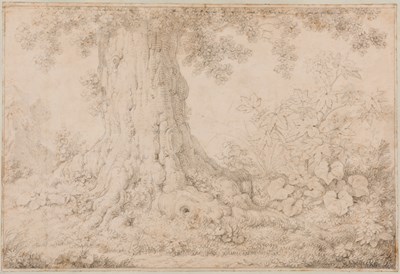 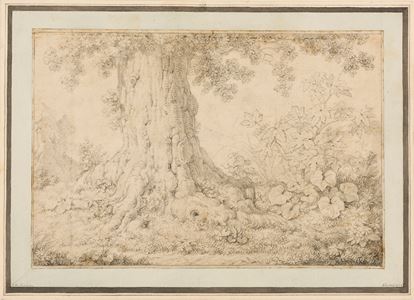 Study of the Base of a Tree and Undergrowth


This highly finished sheet, which is on its original mount, signed and dated 1816, is likely to have been sold to a collector as an independent work of art. The drawing differs from much of Kniep’s drawn oeuvre, however, in its microcosmic view of nature, and in its subject can be related to some of the plates of Kniep’s Disegni originali; a series of prints after his drawings, published in Naples in 1818. It has been suggested that the view depicted here may be in the vicinity of the town of Cava de’ Tirreni, near Salerno in Campania.

Study of the Base of a Tree and Undergrowth