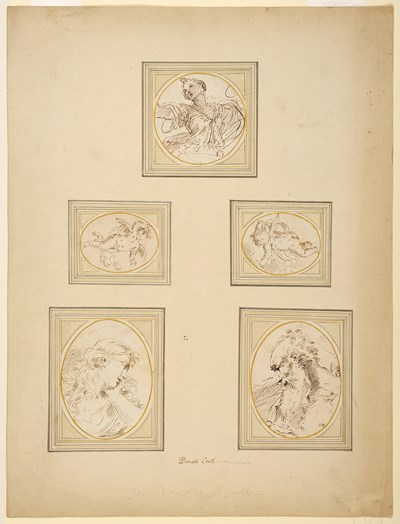 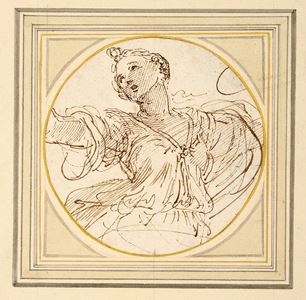 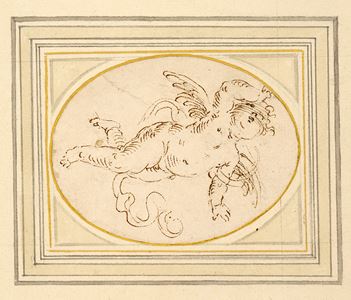 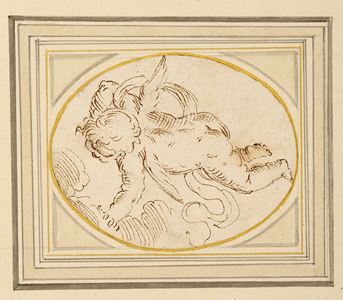 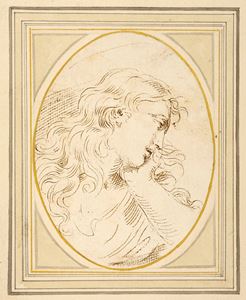 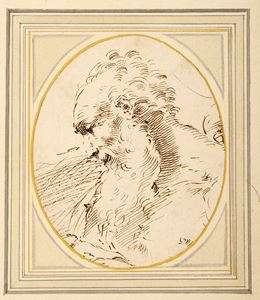 
The top and two bottom drawings on this album page may be fully attributed to Donato Creti, but the two drawings of putti appear to be the work of an artist in his studio or circle. The facial types of the three drawings by Creti are found throughout his oeuvre as a draughtsman. The head of the bearded man, for example, is very close in physiognomy to a lost painting by Creti of The Head of an Old Man, and to a closely related drawing of the same model, drawn in black chalk, in the Albertina in Vienna.

The attribution of the three drawings by Creti on this album page has been confirmed by Marco Riccòmini, who suggests that the circular drawing at the top may have been part of a larger composition. Two similar album pages, each containing seven small drawings by or attributed to Creti, were once in the collection of the 18th century painter Sir Joshua Reynolds (1723-1792); one of these is today in the Courtauld Gallery in London, while the other was sold at auction in London in 19264.

Relatively little is known of the 18th century Scottish lawyer and collector John McGouan (or McGowan), who died in Edinburgh in 1803. A founder member of the Royal Society of Edinburgh, his collection of prints and drawings was sold and dispersed at two posthumous auctions in London in 1803 and 1804. Several drawings from McGouan’s collection, including the present sheet, were acquired by the Scottish banker Sir William Forbes, 7th Baronet of Pitsligo (1773-1828).