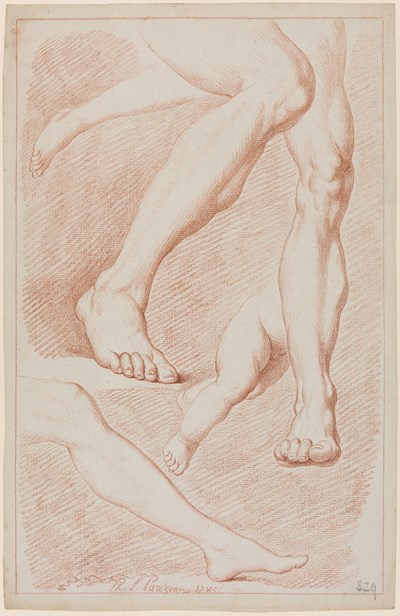 A Sheet of Studies of Five Legs, One of a Child Sold


This drawing would appear to have been drawn by Parizeau as a technical exercise, perhaps intended for the instruction of students. Two related drawings were exhibited with the present pair in New York in 1990 and are today in a private collection, while a horizontal study of hands and feet by Parizeau, signed and dated 1761, appeared on the London art market in 1979.

A Sheet of Studies of Five Legs, One of a Child