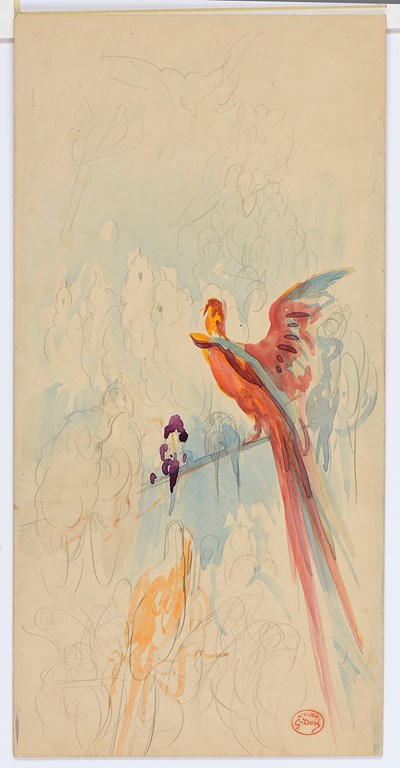 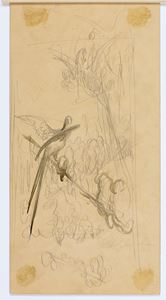 
Datable to the early 1880s, near the end of the artist’s career, this drawing can be related to group of five very large watercolours of birds by Doré which were in 1911 in the collection of the English sculptor, illustrator and African explorer Herbert Ward (1863-1919), who had been part of Sir Henry Morton Stanley’s expeditions in Africa between 1887 and 1889. The five watercolours by Doré, each well over a metre and a half in height, were sold at auction in London in 1968. The recto of the present sheet is a study for a tropical bird which appears in two large watercolours from this group, of Macaws and Other Exotic Birds and Cockatoos and Other Exotic Birds, while the verso is a compositional study for another watercolour, depicting Parrots and Other Exotic Birds, from the same group.

Provenance:
The studio of the artist, Paris (Lugt 681a).

Exotic Tropical Birds in a Landscape