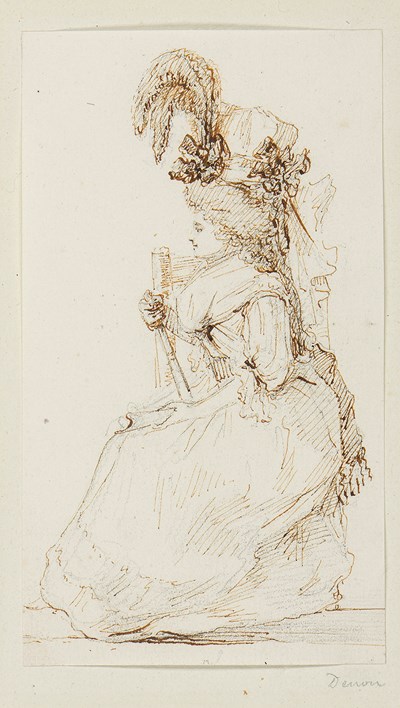 
While a large number of Denon's own drawings were included in the sale of his collection in May 1826, the accompanying catalogue does not provide enough specific information to be able to identify individual sheets. A stylistically comparable drawing of a similar size by Denon, identified by him in a caption as a portrait of the Duchesse de Vicence and her child and sharing the same 19th century provenance as the present sheet, was on the art market in Paris in 1990.