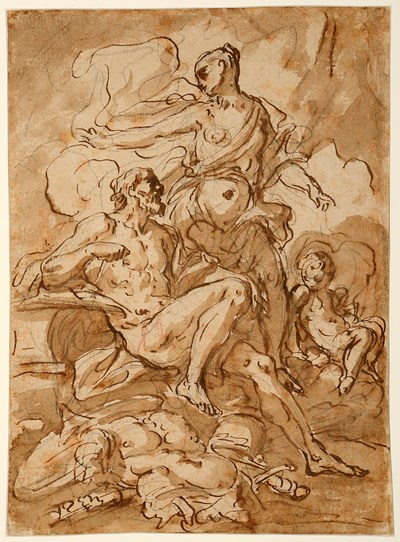 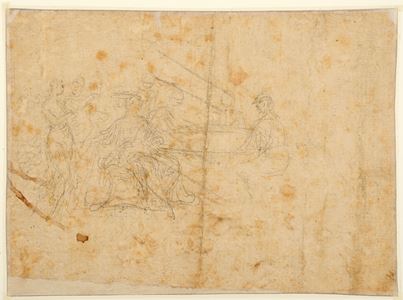 Venus and Vulcan [recto]; The Feast of the Gods [verso] Sold


This drawing is more finished, and less sketchy, than most of Antonio Molinari’s drawings, which are drawn in a somewhat more abbreviated style. Of similar technique, style and dimensions to the present sheet is a drawing by Molinari of The Virgin and Child with the Archangel Michael, Saint Anne, Saint Joseph and Another Saint in the Louvre, which is a preparatory study for an altarpiece in the church of San Michele Arcangelo in Valnegra. Among the large corpus of drawings by Molinari in the Museum Kunst Palast in Düsseldorf are several examples which, although less finished and resolved than the present sheet, nevertheless offer several stylistic points of comparison. These include drawings of Alexander and Diogenes and The Baby Moses Tramples on the Pharoah’s Crown, as well as The Rape of Helen and Cornelia, Mother of the Gracchi, all of which are related to paintings by Molinari.While the present sheet cannot be related to any extant painting by Molinari, it may be noted in passing that the artist often depicted muscular, seated male nude figures in his numerous paintings of mythological subjects.

Venus and Vulcan [recto]; The Feast of the Gods [verso]