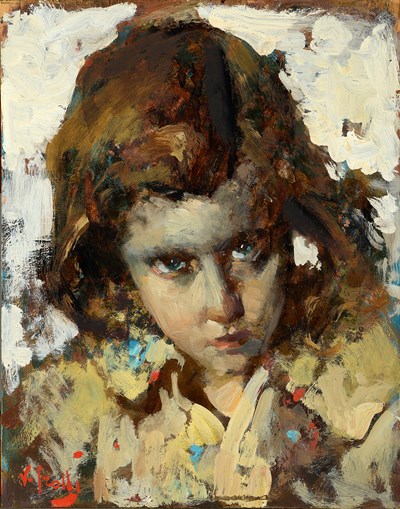 The Head of a Young Girl Sold


This small, spirited oil sketch, executed with the bravura brushwork characteristic of Vincenzo Irolli’s technique, bears on the reverse a dedication from the artist to the Neapolitan landscape painter Salvatore Petruolo (1857-1942). A large painting of what may be the same girl, albeit probably some years older, seated in a chair, appeared at auction in London in 2004.

The Head of a Young Girl