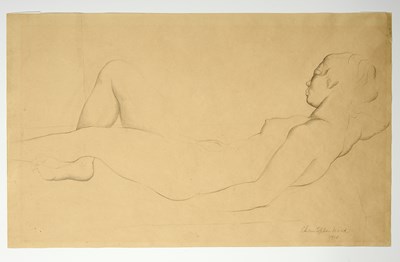 
Christopher Wood received a thorough grounding in life drawing as a young student in Paris, where he took classes at the Académie Julian and the Académie de la Grande Chaumière. Although the artist used several models for his figure drawings from life, the model for this drawing might be Frosca (or Froska) Munster, a married Russian emigré whom Wood met in in the spring of 1928 and who became his lover.