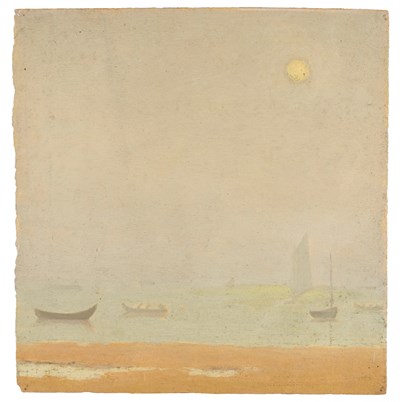 Boats in the Bay of Arcachon Sold


Dated September 1895, this atmospheric oil sketch is an early work by Charles Lacoste, done several years before he settled in Paris. Lacoste and his family would often spend summers in Arcachon, a seaside town in the Gironde in southwestern France, and as early as 1891 he was painting views of the bay and its boats. Several other paintings of Arcachon dating from 1895, mostly of fairly small dimensions, are today in private collections.

Boats in the Bay of Arcachon