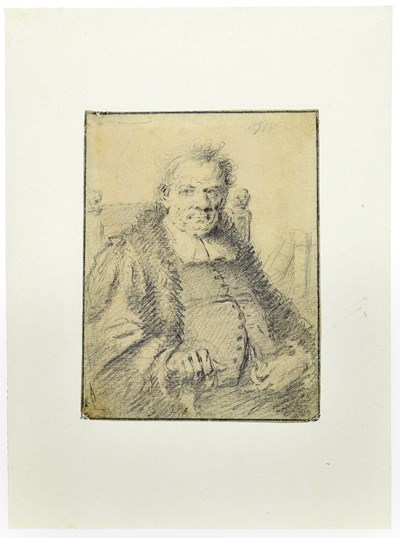 Study of a Seated Man (after Rembrandt?) Sold


Throughout Thomas Worlidge’s career, the prime influence on both his style and his oeuvre were the prints and drawings of Rembrandt, whose etching manner he imitated. Indeed, Worlidge may be regarded as a leading figure in the Rembrandt revival in England in the 18th century, and is credited with introducing the artists William Hoare and Thomas Gainsborough to the work of Rembrandt. As the contemporary cleric and author William Gilpin, writing in 1768, noted, ‘Among the imitators of REMBRANDT, we should not forget our countryman WORLIDGE; who has very ingeniously followed the manner of that master; and sometimes improved upon him. No man understood the drawing of a head better.’

Study of a Seated Man (after Rembrandt?)