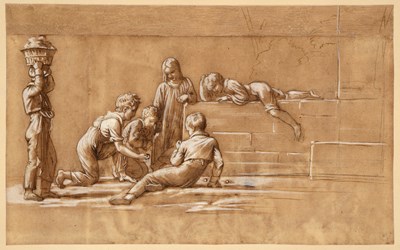 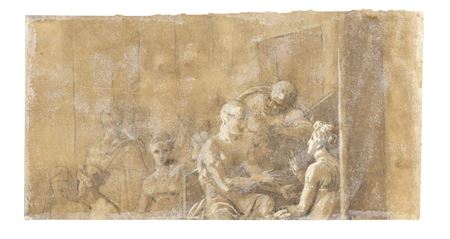 
As a draughtsman, Antoine Béranger often worked in a distinctive technique of pen and ink and white gouache on brown paper. Among other examples of drawings of genre subjects by Béranger in this distinctive technique is The Conjurer (L’Escamoteur), in the National Gallery of Scotland in Edinburgh; a drawing which once belonged to Georges Haumont, a curator at the Sèvres museum. Drawings by Béranger are quite rare, and the largest extant group, numbering around twenty sheets, is today in the collection of the Musée Nationale de Céramique in Sèvres.