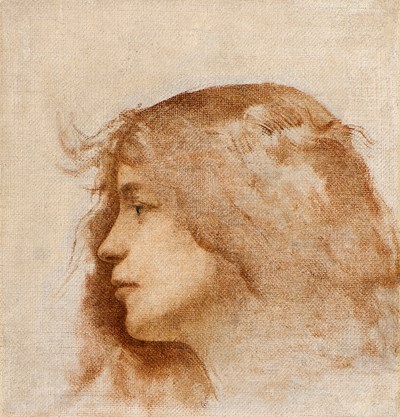 The Head of a Young Girl in Profile


This oil sketch shares the same provenance and technique as two studies of male heads by Cormon in an English private collection, while a similar portrait sketch of the head of a woman was on the art market in New York in 1979. Cormon used the same technique of thinly painted oil over a pencil underdrawing on canvas in preparatory studies for his larger compositions, such as an oil sketch of The Head of Cain in the Snite Museum of Art at Notre Dame, which is a study for the artist’s most famous work; the monumental canvas of Cain Fleeing with his Family, painted in 1880 and today in the Musée d’Orsay in Paris.

The Head of a Young Girl in Profile