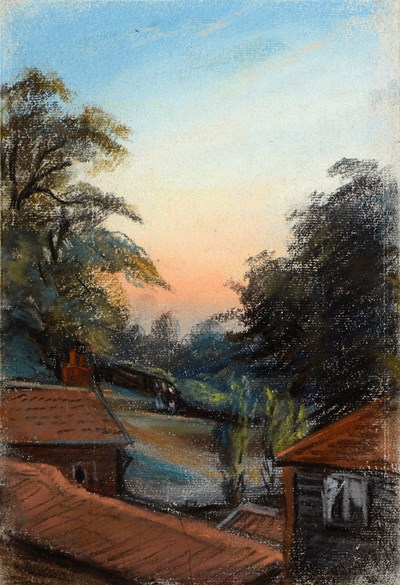 View over the Roof of a House (Hampstead Heath?)


Schwiter was something of an Anglophile, and made frequent trips to London to see art exhibitions and study British paintings. This fresh and vibrant pastel is one of a group of landscapes in pastel and oil, depicting views in and around London, produced by Louis-Auguste de Schwiter in July and August of 1831, on one of his first trips to England. In its richness of technique and intensity of colour, the present sheet reveals the influence on the young Schwiter of Delacroix’s own pastel landscapes. It has been suggested that the view depicted here is of Hampstead Heath in north London.

View over the Roof of a House (Hampstead Heath?)