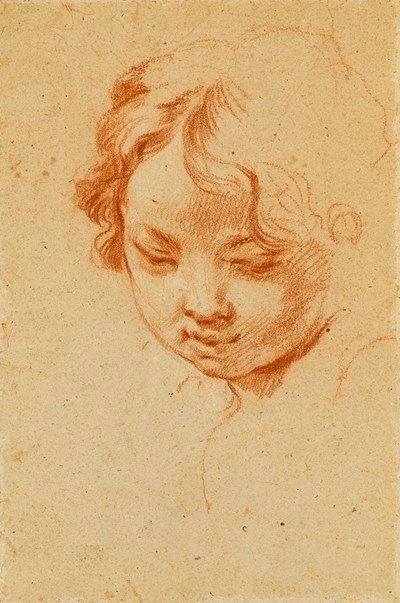 The Head of a Child Looking Down


This red chalk study of the head of a child reflects the enduring influence of Correggio on Carlo Cignani’s work. The latter was, indeed, regarded by his contemporaries and biographers as the artistic heir to Correggio and Parmigianino; the two great masters of Emilian painting of the previous century.The physiognomy of the child in the present sheet is close to those of children or putti in several of Cignani’s frescoes and paintings of the 1660’s and 1670’s. Similar features appear, for example, in the frescoed putti flanking medallions decorating the nave of the church of San Michele in Bosco in Bologna, completed in 1665, as well as in several versions of The Five Senses, notably in the Pallavicini collection in Rome and the Galleria Sabauda in Turin.

The Head of a Child Looking Down