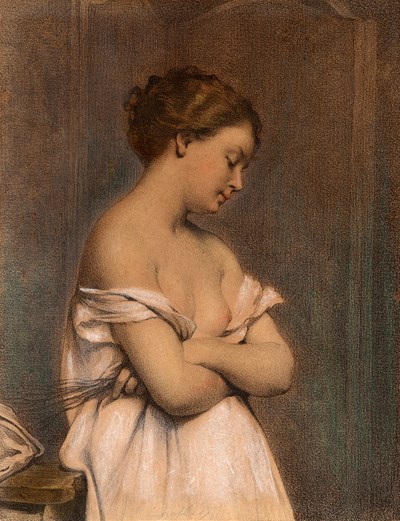 
The present sheet is related, in reverse, to a small allegorical painting by Chaplin entitled L’Amour vaincu, which depicts a young woman gazing down at three winged putti who stand or kneel before her in penitence, after spilling a basket of flowers. The composition which was reproduced as a small print by Boussod Valadon & Cie. A pendant composition, entitled L’Amour vainqueur, was also reproduced as a print. A pair of paintings of both compositions were sold at auction in New York in 1981.