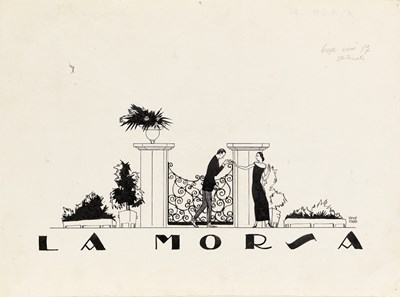 
Literature:
The present sheet is a drawing for the title page or frontispiece of a printing of the play La Morsa (The Vise) by Luigi Pirandello. Written in 1892 and first published in 1898 under the title L’epilogo in the cultural journal Ariel, which had been founded by Pirandello. La Morsa was not performed on stage until December 1910, at the Teatro Metastasio in Rome.