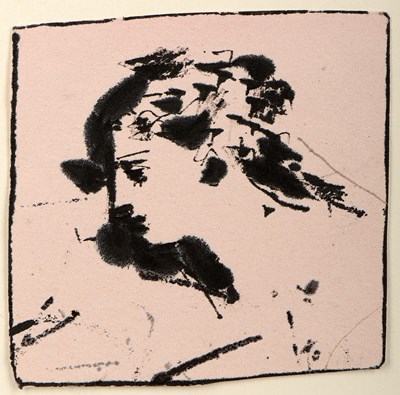 The Head of a Woman in Profile (Sara Murphy) Sold


This drawing was done in Cap d’Antibes, on the French Riviera, in the summer of 1923, when Picasso rented a villa for himself, his wife Olga and their young son Paulo. At Antibes they were often in the company of their friends, the well-known expatriate American couple Gerald and Sara Murphy, and that summer Picasso produced a large number of drawings of his wife and, in particular, of Sara Murphy, who is likely to have been the model for the present sheet. As John Richardson has written of her, ‘Sara was a life enhancer: beautiful, intelligent, creative, and a beguiling mother to her three children...Picasso, like many of her men friends, was attracted to her, but she was impervious to sexual advances.’ Exhibited and published for the first time in 1981, this small pen and ink wash drawing was unknown to Christian Zervos when he published his monumental catalogue raisonné of Picasso’s work. The drawing presents a fascinating example of Picasso’s supreme confidence as a draughtsman, in the way in which a few lines and blobs of Indian ink are used to create just the outlines of the head, as well as the eyes and hair, leaving the pinkish-coloured paper untouched to form the bulk of the head, face and neck.A similar use of pen and Indian ink is found in several other drawings by Picasso, albeit on a larger scale, dating from the summer of 1923, such as a study of a standing draped bather in the Musée Picasso in Paris and a drawing of a Half-Reclining Nude and a Head, in the collection of the artist’s heirs. As Picasso’s friend, the Catalan writer and poet Josep Palau i Fabre, noted, ‘Most of the drawings from Cap d’Antibes are linear, pursuing the idea – through a profile, a face or a body – of a classical Greece to which the artist felt he had an innate right. Alongside these, others reveal two further techniques: on the one hand crosshatching, which forms a mess of varying densities; and on the other thick lines that become a kind of “stain” on the Indian ink drawings.’ The present sheet is a rare example of this second type.A photo-certificate from Claude Ruiz-Picasso accompanies the present sheet.

Provenance:
The estate of the artist (Inv.3196)By descent to Marina Picasso, Cannes, Geneva and New YorkAcquired from her by Jan Krugier, Geneva.

The Head of a Woman in Profile (Sara Murphy)