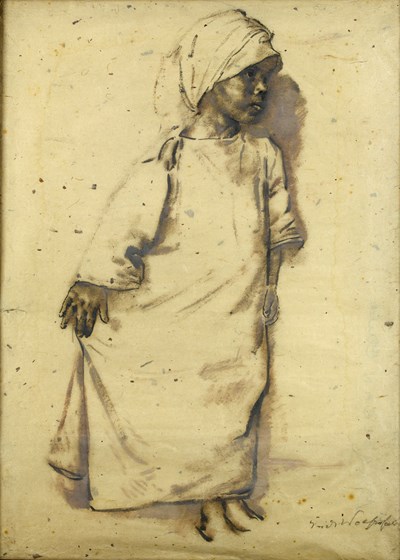 Study of an Arab Girl


Writing a few years after his death, one critic noted that ‘To say that Erich Wolfsfeld was just a brilliant technician would be unjust to his memory. He was much more than a technician. He was an artist who loved drawing for its own sake - who could combine power and sensitivity – who enjoyed describing the human form either with brush or chalk or the etcher’s needle. And he solved the problem of the portrayal of the human race with an intensity of perception that is deeply moving particularly in his studies of old men and young children.’A similar girl appears in an oil sketch by Wolfsfeld of Arab Children and a Donkey, on the art market in London in 1977.

Study of an Arab Girl