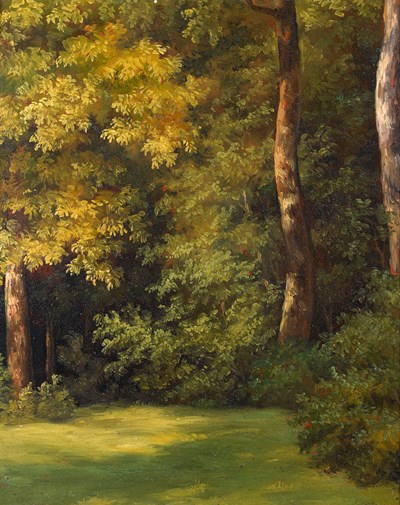 A Clearing at the Edge of a Wood Sold


The present sheet is part of a group of oil sketches by Jean-Michel Cels that appeared on the art market in London in 1997. The artist’s inscription on the verso notes that this sketch was painted in September 1840 at Meise, on the northern outskirts of Brussels; the town is now home to the National Botanic Garden of Belgium.

A Clearing at the Edge of a Wood