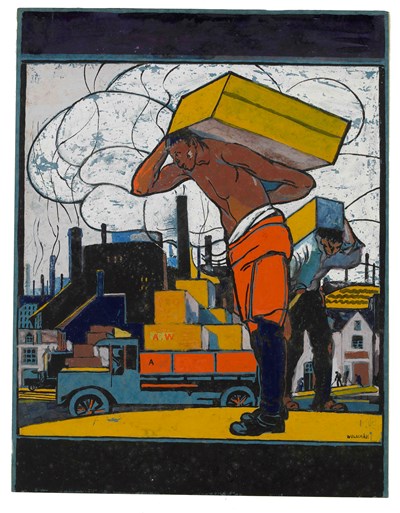 Porters: A Design for a Poster Sold


Wolmark worked on posters between the end of the First World War and the late 1920’s, and the present sheet is likely to be a design for a commercial poster or image. A stylistically comparable gouache and watercolour study of the Flatiron Building in New York, datable to around 1919, appeared at auction in London in 1998. Similar motifs of men carrying heavy loads are found in Wolmark’s paintings Labourers of 1913 and Work: The Temple Builders, signed and dated 1919.

Provenance:
The Fine Art Society, LondonAcquired from them by a private collector in May 1990, and thence by descent until 2010.

Porters: A Design for a Poster