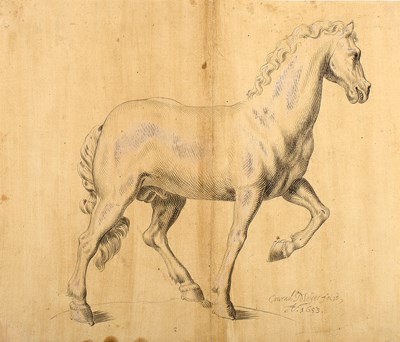 Study of a Horse Sold


A stylistically comparable pen and brown ink drawing of Two Skulls on a Ledge by Conrad Meyer was sold at auction in Amsterdam in 1989. Also similar in handling, although more complex in medium and probably intended as a finished work in its own right, is A Standing Wild Man, dated 1649, which was recently acquired by the Metropolitan Museum of Art, New York.

Study of a Horse