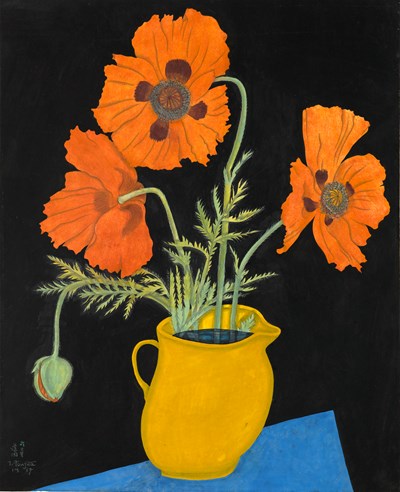 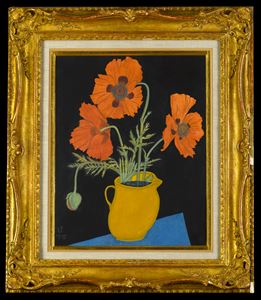 Poppies in a Yellow Jug Sold


Still life compositions of flowers account for a relatively small but choice part of Foujita’s oeuvre. A stylistically comparable drawing of a vase of roses, also dated 1917, appeared on the art market in London in 2003, while a watercolour and gouache study of flowers in a vase, similarly datable to 1917, is in a private collection. Among other gouache and watercolour drawings of floral still life subjects from the same year are a Vase of Flowers, sold in Paris in 1989 and a large study of Peonies, which appeared at auction in 2008.

Poppies in a Yellow Jug