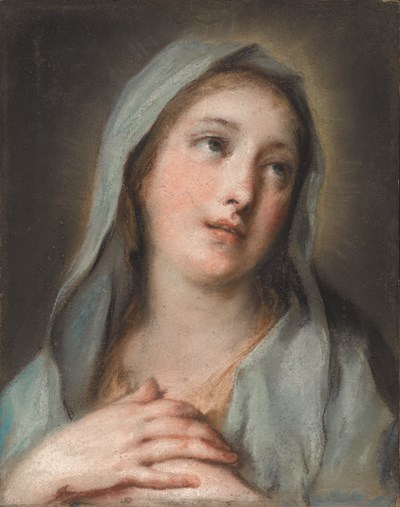 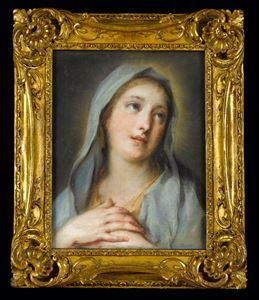 The Virgin in Prayer


Religious subjects are rare in Rosalba Carriera’s oeuvre, although she did receive commissions for depictions of the Virgin and Mary Magdalene for the gallery at Dresden; several of these are today in the collection of the Gemäldegalerie in Dresden. The handful of pastel drawings of the Virgin that Carriera produced, of which the present example is one of the finest, display the distinct influence of such 16th century painters as Correggio, whose work she greatly admired. While the artist often repeated her compositions, no other variant of this particular pastel is known. Among comparable works by Carriera is a much larger pastel of The Virgin in the collection of the Museo Correr in Venice.

The Virgin in Prayer