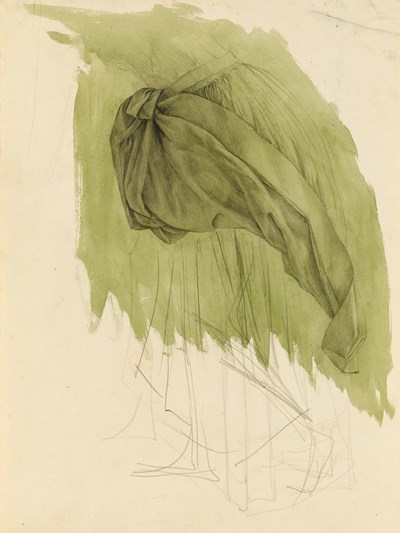 
Anne Newland’s chief work while studying at the British School in in Rome was a large mural of The Legend of Ceres, which was never completed due to the outbreak of the Second World War. This fine drawing is a study for the drapery of a central female figure standing by a well in a later version of The Legend of Ceres, painted by Newland in the late 1940’s.