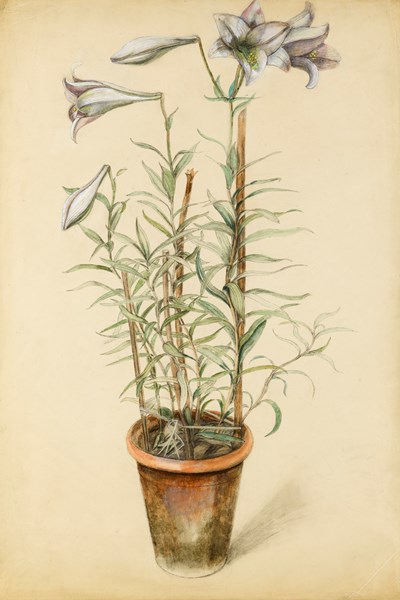 Lillies in a Pot Sold


Active mainly between 1920 and 1940, Rosalie Brill (née Clarke) was the wife of the painter Reginald Brill (1902-1974), whom she met in 1923 and married two years later. Rosalie served as her husband’s chief model throughout the early years of their marriage. When Reginald Brill was awarded a scholarship to the British School in Rome in 1927 Rosalie accompanied him there and continued to work as an artist. She displayed a particular penchant for flower subjects, and exhibited occasionally at the Royal Academy later in her career.

Lillies in a Pot