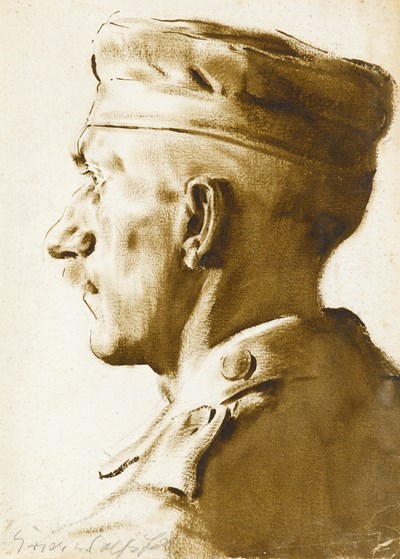 The Head of a Soldier Sold


The present sheet was drawn during the First World War, when Wolfsfeld served in the German army as an officer and a trainer of military police dogs. The artist was able to work during his army service, and produced a number of drawings and sketches of military subjects, including several studies of wounded soldiers. These were usually drawn in a combination of pencil, chalk, brown ink and brown or grey wash, and the artist sometimes even used boot polish, which may be the case with the present sheet. A related drawing of the same soldier seen from the front, of identical technique and dimensions, was exhibited in London in 1986.

Provenance:
By descent in the family of the artist.

The Head of a Soldier