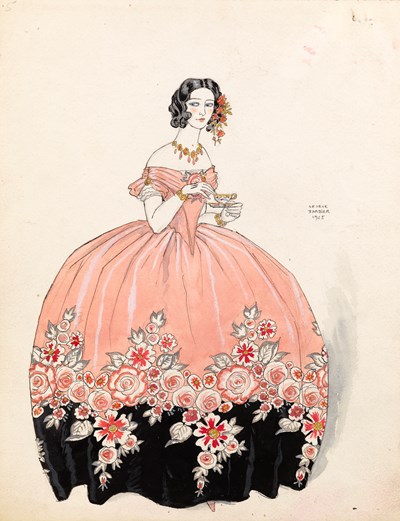 
Drawn in 1925, the present sheet is a costume study, probably for a theatrical production. As the critic Edmond Jaloux noted of such drawings by the artist, ‘George Barbier is one of the most valuable and most significant artists of our time, so rich in all kinds of talent and original ideas. When our age is past…it will take just a few drawings of Barbier to revive the taste and spirit of our time…When I look at Barbier’s costumes for the stage, I see the characters of those magical stories come to life before me and tempt my imagination.’ Similar dresses are found in a number of Barbier’s drawings of costume designs.