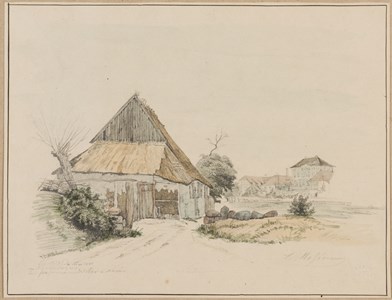 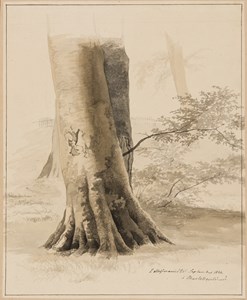 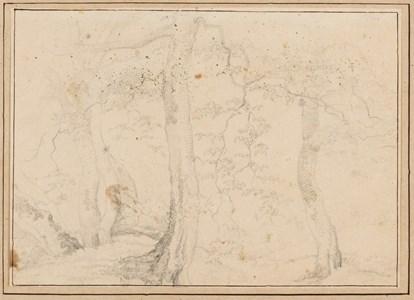 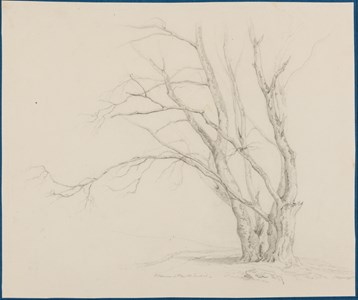 Relatively little is known of the Danish landscape draughtsman, lithographer and painter Carl Ludvig Ferdinand Messmann. He studied at the Royal Danish Academy of Fine Arts (the Kunstakadamiet) in Copenhagen between 1840 and 1844, and exhibited landscape paintings and pencil drawings, several of which were purchased by King Frederik VII, between 1850 and 1859. In 1860 he moved to Gothenburg in Sweden, where he became as well known for his views of the city as he had been for his earlier depictions of Copenhagen. Messmann illustrated a series of views of Gothenburg and its surroundings for Viktor Rydberg’s Göteborg med dess omgifningar, which was published in twelve volumes between 1859 and 1862.