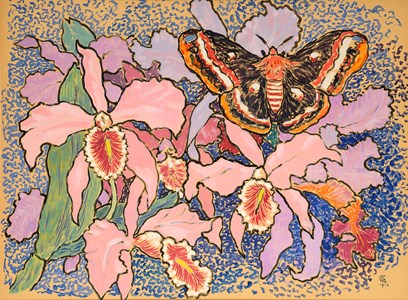 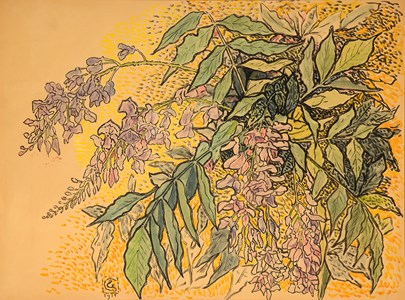 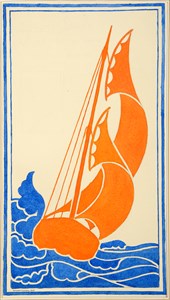 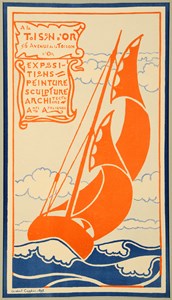 The leading Belgian Art Nouveau artist, Gisbert Combaz began his career as a lawyer, but in 1893 abandoned the legal profession to devote himself to art. He studied briefly at the Royale Académie des Beaux-Arts in Brussels before leaving in search of a teaching position to finance his new career as an artist. His first post was at the Institute Agricole in Gembloux, where between 1895 and 1900 he instructed students of engineering, chemistry and agriculture in drawing. Much influenced by the work of the Belgian artististic and literary group known as Les XX, Combaz exhibited with the group’s successor, La Libre Esthétique from 1897 onwards, and designed many of its exhibition posters. Known mainly for his poster designs and postcards, he was also active as a painter, lithographer, illustrator and furniture designer, and was a leading scholar of Oriental art. Yet although he exhibited between 1897 and 1914 at La Libre Esthétique, and also with L’Estampe, Combaz was never given a one-man show during his career, and only one brief article about his work was published in his lifetime. For over forty years Combaz taught decorative composition at the Ecole des Arts Industriels et Décoratifs in Ixelles, and later at the Académie des Beaux-Arts in Brussels, where among his pupils was René Magritte.