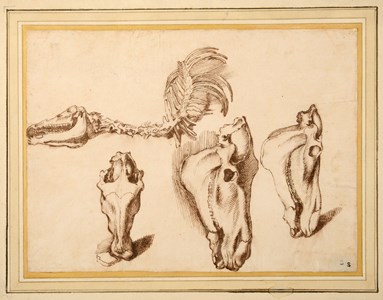 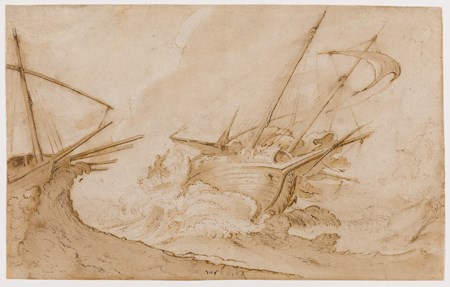 Teodoro Filippo di Liagno, called Filippo d’Angeli but better known as Filippo Napoletano, was a pupil of his father, an artist working in Rome, although he seems to have completed his education in Naples. Around 1614 he returned to Rome, where he encountered the landscape paintings of Agostino Tassi, whose work is sometimes confused with his, and was also influenced by the paintings of Caravaggio and his followers, as well as the German painter Adam Elsheimer. By 1617 he was in Florence, where he was employed alongside Jacques Callot at the court of the Grand Duke Cosimo II de’ Medici. (Indeed, Filippo Baldinucci states that Napoletano was one of Cosimo’s favourite artists). He remained in Florence until 1621 before returning to Rome, where he worked on the decoration of a number of villas and palaces, notably a group of landscape frescoes in the Palazzo Bentivoglio, completed in 1623, and a series of seascapes for the Palazzo Barberini. For the remainder of his career Napoletano worked in both Rome and Naples, producing cabinet pictures of battle scenes, landscapes and marine subjects for private collectors. He also painted a large number of religious and mythological subjects in a distinctive technique of oil on different types of variegated and coloured stone, known as pietra paesina. As a draughtsman, Napoletano was much admired by contemporary collectors such as Cardinal Leopoldo de’ Medici, as well as later connoisseurs like Pierre-Jean Mariette in the 18th century. Significant groups of drawings by the artist are today in the Uffizi, the Louvre and the Musée des Beaux-Arts in Lille.