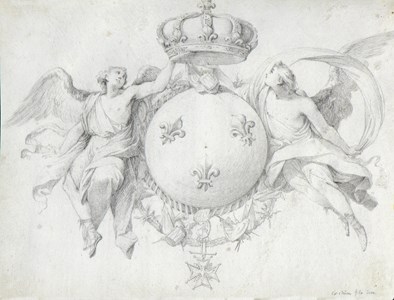 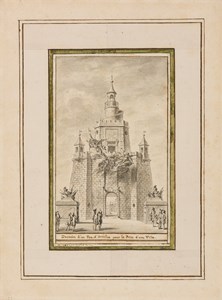 The son of an engraver of the same name, Charles-Nicolas Cochin fils followed in his father’s footsteps as a printmaker. From 1735 onwards he was employed at the Menus-Plaisirs du Roi, producing drawings and engravings of all the major events, festivals and ceremonies of the Royal court. He is best known today, however, for his portrait drawings of some of the leading men and women of 18th century France, and for his parallel career as a book illustrator. Indeed, by the end of his life Cochin had contributed illustrations and vignettes to more than two hundred books, many of these commissions achieved through the intervention of the bookseller and publisher Charles-Antoine Jombert. His illustrations were, as one modern scholar has noted, ‘marked not only by the mastery of outline and firmness of composition which never deserted him, but also by acute observation and unpretentious humor. They remain fresh and attractive today.’2 Cochin’s position as the leading engraver in France for much of the 18th century was further strengthened by the lifelong friendship and protection of the Marquis de Marigny, Directeur des Bâtiments du Roi from 1751 onwards. With the support of Marigny, Cochin rose to a position of considerable power and influence at the Bâtiments du Roi, of which he was given charge of the administration. He also published a number of theoretical writings on art, notably the Lettres à un jeune artiste peintre, which appeared in c.1774.