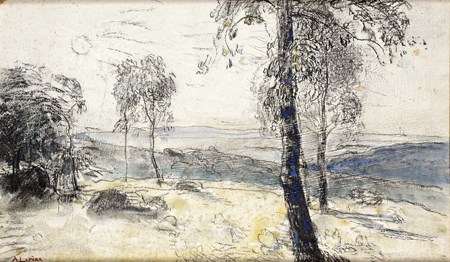 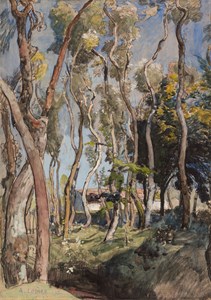 Auguste Lepère began his career as an illustrator and engraver for various publications in Paris, including the Magasin Pittoresque, La Revue Illustrée and L’Illustration; he also contributed illustrations to the Graphic and Black and White magazines in London and Harper’s in America. Lepère first exhibited as a printmaker at the Salon of 1876. In the early part of his career he produced engravings characterized by a fine and delicate line. Around 1889 he took up the woodcut, and in the same year produced several prints of views of monuments of Paris erected for the Exposition Universelle. Among the books illustrated with etchings by Lepère was Georges Montorgueil’s Paris au hasard, published in 1895. The previous year, Lepère had entered into an exclusive arrangement with the print dealer and publisher Edmond Sagot, who from then onwards received his entire output for sale. In 1905 Alphonse Lotz-Brissonneau, a patron and close friend of the artist who had assembled an almost complete collection of Lepère’s graphic work, published a catalogue of his etchings and woodcuts. Three years later Lepère was given the honour of a lifetime retrospective exhibition of his work in one room of the Salon des Beaux-Arts.