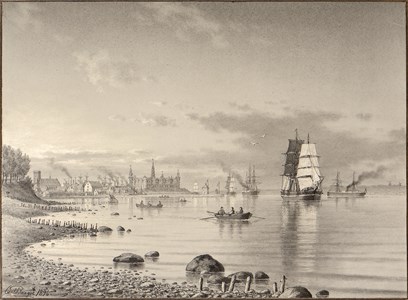 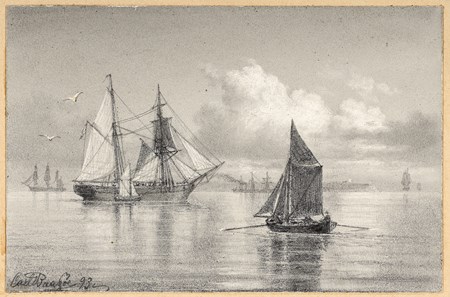 A marine painter, Carl Baagøe was the son of a ship’s captain. Displaying an early aptitude for drawing, he studied at the Royal Danish Academy of Fine Arts in Copenhagen, and exhibited marine pictures there annually from 1855 onwards. Many of his marine paintings also found a ready market in England. His knowledge of ships was based on extensive studies in the shipyards of Copenhagen, and he was particularly fond of shipping scenes in the inland waters around Denmark. He is also known to have travelled in Iceland in 1855 and in Norway between 1866 and 1868. As a draughtsman, Baagøe also contributed drawings to the Danish weekly illustrated magazine Illustreret Tidende.