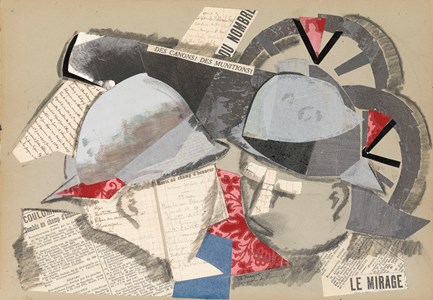 The son and grandson of artists, Albert Huyot was a pupil of Diogène Maillart and Gustave Moreau. His first paintings were done in a generic Post-Impressionist manner indebted to the example of the Nabis, but he soon became influenced by Cubism. He exhibited regularly at the Salon des Indépendants, the Salon d’Automne and the Salon des Tuileries, and also participated in the Grande Exposition in Brussels in 1910; in the same year he also spent some time in Russia. Huyot was a friend of Henri Matisse, and around 1912 his work reveals the influence of Fauvism; André Derain was another particular influence. After 1920, however, Huyot seems to have abandoned the rigour of his earlier work in favour of landscape painting. An exhibition of his work was held at the Galerie Berthe Weill in Paris in 1926.