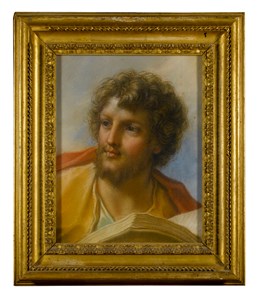 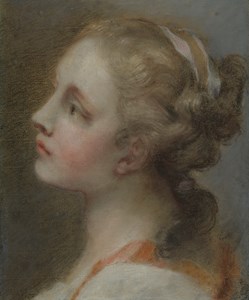 Benedetto Luti was a pupil of Anton Domenico Gabbiani in Florence in the 1680’s, and at the end of the decade was sent to Rome to complete his training at the Medici academy there. Admitted to the Accademia di San Luca in 1695, Luti worked in Rome for the remainder of his successful career, becoming one of the most important and influential artists in the city. He earned commissions from Pope Clement XI and several cardinals, as well as members of the Roman nobility and the city’s leading families, and painted altarpieces and decorations for churches and palaces in Rome and elsewhere. Luti continued to maintain close contacts with Florence, however, and enjoyed the particular patronage of Cosimo III, Grand Duke of Tuscany; he also sold paintings to collectors in England, France and Germany. Yet he was not a prolific painter, and less than eighty paintings by the artist are known today. A gifted teacher with a large studio, Luti held private classes in life drawing and took a leading role in the affairs of the Accademia di San Luca, of which he was elected Principe in 1720. Recognized as a fine connoisseur himself, Luti was also active as an art dealer, agent and collector in Rome, eventually assembling a large collection of drawings by earlier artists, said to have numbered almost 14,000 sheets.