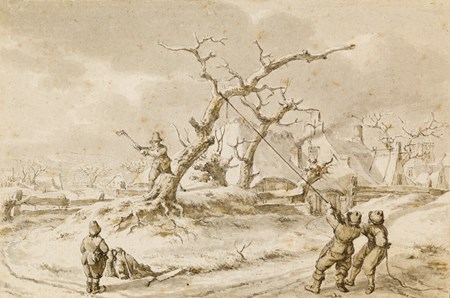 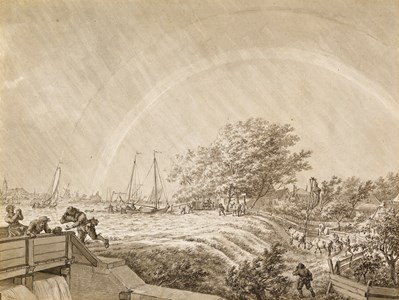 One of the finest draughtsmen working in Holland in the second half of the 18th century, Jacob Cats is best known for the highly finished, atmospheric landscape drawings he produced as independent works of art for sale to collectors. He made sketching tours throughout the countryside but, since he often suffered from arthritis, seems to have only rarely actually worked outdoors. Blessed with a photographic memory, he would be able to integrate the views he saw in nature into realistic landscape drawings once he was back in the studio; indeed, he often noted, in an inscription on the reverse of a drawing, when it was done from memory. Cats numbered most of his drawings done in this way, so as to be able to refer to them in his studio when producing highly finished versions in pen and ink and watercolour. One 19th century scholar noted, however, that some collectors preferred the artist’s less finished drawings. As Adriaan van der Willigen wrote of Cats, ‘many of his Drawings are worked over quite extensively, indeed in the opinion of some this detailing is seen as excessive, working to the detriment of the Masterly treatment, while the work has been termed ‘sombre’ by some. This is the case in many of his coloured Drawings, for which reason his sketchy and less worked-up drawings are generally preferred by the true connoisseurs.’